Will The Debate Over $2,000 Stimulus Checks Help Democrats In Georgia?

Congressional Democrats are pushing to give most Americans $2,000 in stimulus checks, arguing that this is a fast and direct way to help millions of Americans as they struggle with the economic slowdown caused by the COVID-19 outbreak.1 President Trump supports $2,000 payments too, but most congressional Republicans don’t. Because of that congressional GOP opposition, the $2,000 checks aren’t likely to become law. But Democrats think they have a winning issue electorally ahead of next week’s U.S. Senate runoffs in Georgia. 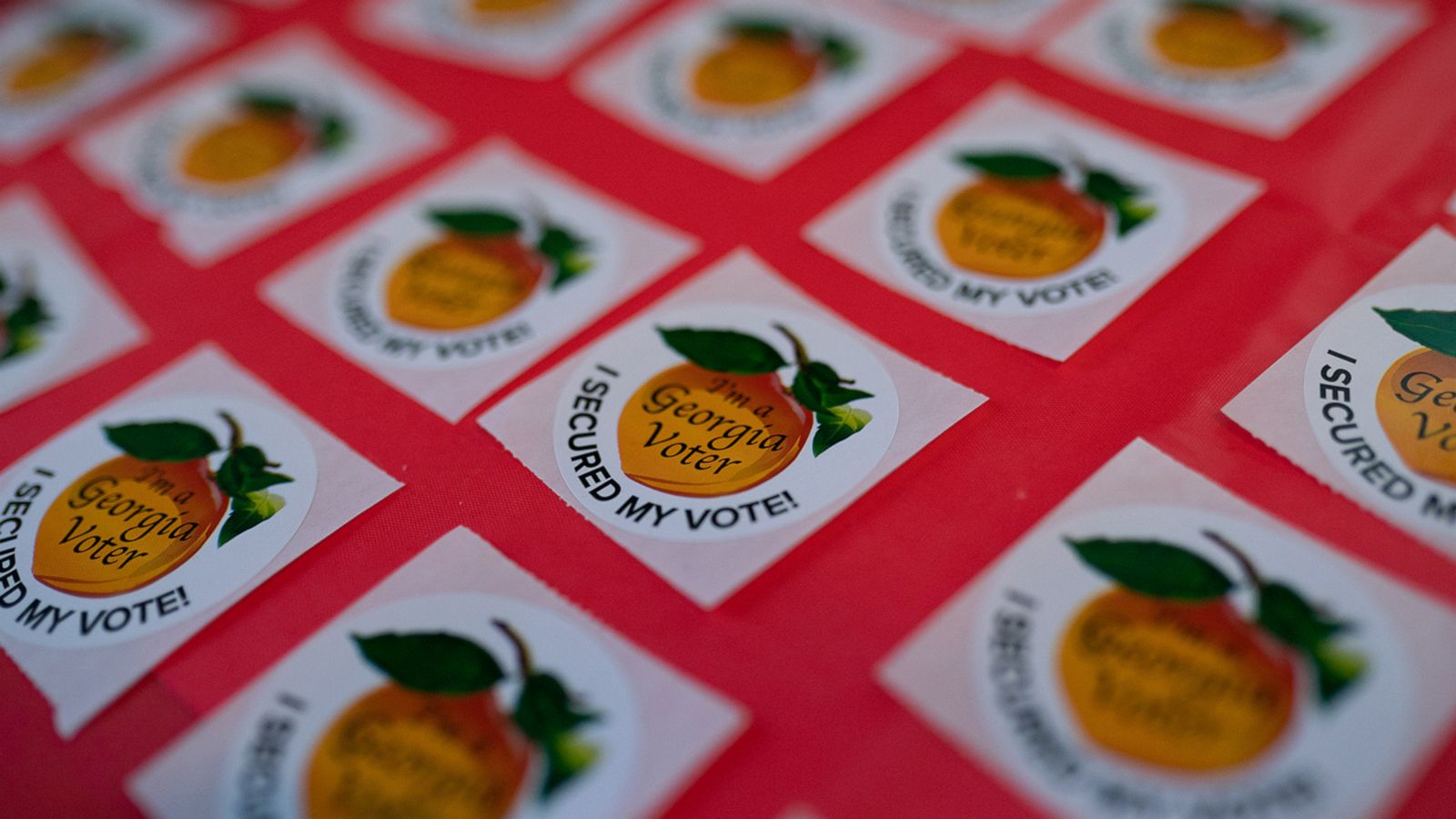 Public opinion does appear to be on Democrats’ side. Seventy-eight percent of Americans said they supported these $2,000 stimulus checks, compared to 17 percent who opposed them, according to a poll conducted Dec. 22-28 by the left-leaning Data for Progress. Similarly, a survey conducted by Business Insider and Survey Monkey on Dec. 21 found that 62 percent of Americans said that the $600 stimulus checks adopted in a recent bill is not enough; 76 percent said the payments should be more than $1,000.

[Why A Split Verdict In Georgia Isn’t That Crazy]

So Democrats are pushing the issue hard. Georgia Senate candidates Jon Ossoff and Raphael Warnock have strongly embraced the $2,000 payment plan. Their Republican opponents, Sens. Kelly Loeffler and David Perdue, are also suggesting that they support the payments. But Senate Majority Leader Mitch McConnell is creating procedural roadblocks to stop the $2,000 payments from passing the Senate, giving Ossoff and Warnock the opportunity to suggest that Loeffler and Perdue are impediments to the payments, since they back McConnell continuing as majority leader.

So this all seems good for the Democrats, right? Well, maybe. Democrats are pushing a popular idea right before what look like very-close elections, and the Republican Party is blocking it. Perhaps the issue will well help Warnock and Ossoff in Georgia next week. But we shouldn’t be so sure for a few reasons …

First, it’s not clear that voters care that much about policy when deciding who to vote for.

The most reliable predictor of how Americans will vote is partisanship: Republican-leaning voters back Republican candidates, and Democratic-leaning voters back Democratic candidates. Those partisan labels and identities, of course, contain ideological and policy overtones: The Republican Party, rhetorically at least, is warier of big, broad-based spending programs than the Democratic Party. But those overtones don’t seem to drive vote choice. There are plenty of examples of a party pushing unpopular ideas without its voters switching to the other party. For instance, the GOP agenda in 2017 and 2018, trying to repeal Obamacare and cut taxes for corporations, was fairly unpopular with Republican voters, but those voters still overwhelmingly backed GOP candidates in the 2018 midterms.

The Data for Progress polling suggests that 73 percent of Republicans nationally support the $2,000 payments, including 51 percent who strongly support them. Based on those numbers, it’s almost certainly the case that a majority of Republicans in Georgia support the payments. Indeed, a DFP poll of Georgia likely voters conducted Nov. 15-20 found that 63 percent of voters in the state said that they would be more likely to support a candidate who favored a $1,200 payment to most Americans as part of a COVID-19 relief package. That 63 percent number also suggests these payments are broadly popular and getting some backing from rank-and-file GOP voters.

But it’s very unlikely that many Republicans will back the Democratic candidates in Georgia because of this issue. Yes, both elections appear to be close, so even a small shift in voting preferences matters. But in such a close election, if either Ossoff and Warnock narrowly win, I would be hesitant to ascribe that victory to Democrats’ support of this stimulus payment and McConnell’s opposition, as opposed to factors like Democrats’ strong get-out-the-vote operations in the state, the weaknesses of Loeffler and Perdue as candidates and the growing liberalism of Georgia.

[Related: Why Georgia Isn’t Like The Other Battleground States]

What about swing voters/independents and other people who aren’t necessarily tied to one of the two parties? Well, the evidence suggests that these kinds of voters don’t necessarily have well-defined policy preferences and also don’t pay that much attention to politics. So perhaps this stimulus debate convinces them that Republicans in Washington need to be dethroned. Alternatively, perhaps these voters aren’t as tuned into this stimulus debate as much as say Loeffler’s ads casting Warnock as a radical or Warnock’s ads portraying himself as a nice dog owner.

Second, voters may like Democratic economic ideas more than Democrats themselves

Over the last several years, ballot initiatives to increase the minimum wage and to expand Medicaid have passed in conservative-leaning states where GOP state legislators and governors had blocked similar policies. But Republicans are still winning elections in these areas. This happened in Florida this year. A proposal to gradually increase the minimum wage to $15 per hour by 2026 passed in the Sunshine State, with 61 percent of voters embracing it. But Joe Biden, the presidential candidate who strongly supports a $15 minimum wage, won only 48 percent of the vote in Florida, compared to 51 percent for Trump, who has been more circumspect about minimum wage increases.

These voting patterns are another illustration that partisanship overrides — or is simply independent from — voters’ policy preferences, but there are other potential reasons for this disconnect. Voters may support certain economically-populist ideas but may be wary of too much economic populism if they elect a Democratic candidate. Some voters may support Democrats’ economic populism but not back the party because it is too progressive on issues like abortion rights or policing. For example, in the 2016 election, Lee Drutman, a scholar at New America and a FiveThirtyEight contributor, found that voters who lean conservative on issues like immigration but who lean left on economic issues were more likely to back Trump than Hillary Clinton. And lastly, many voters are simply not attuned to which party or candidate favors which policies.

When you bring this to Georgia, you could easily imagine some swing voters who support $2,000 payments to Americans but are even more supportive of backing the GOP Senate candidates and ensuring that Democrats in Washington don’t have control of the White House and both chambers of Congress.

Finally, Trump has scrambled the politics on stimulus checks.

You could also imagine some voters are just confused about this issue. If Trump strongly supports the $2,000 checks and Loeffler and Perdue are indicating support for them too, it might not be totally clear to voters that the broader Republican Party still opposes the payments and is the roadblock to them being approved. Particularly in this lame-duck period for Trump, McConnell is the most important Republican in Washington in terms of policy. But Trump remains the defining figure for the party to most voters and in an electoral context. If Trump is declaring he supports the $2,000 payments, voters in Georgia might conclude that Republicans more broadly support them too, even as McConnell is blocking the payments and Loeffler and Perdue are effectively helping him do so, as is the case here.

All that said, this debate about the direct payments coinciding with the Georgia election has shown how electoral politics and governance intersect in interesting ways. While it is not clear if the debate over the stimulus payments will affect the election results, it is clear that the upcoming election has affected the stimulus debate. Republicans were reportedly worried about opposing direct payments on the eve of the Georgia race, helping ensure that $600 for most Americans was put into the COVID-19 economic stimulus that Trump signed into law on Sunday. Republicans are worried about a potential electoral backlash in Georgia from opposing the $2,000 now. Those electoral concerns have resulted in Loeffler and Perdue, who usually take more conservative stands, breaking with McConnell and other Republicans to publicly support the payments. (Of course, Loeffler and Perdue are likely to go along with McConnell’s strategies to make sure the $2,000 payments don’t become law.)

So Democrats may have figured out how to get more populist policies adopted: Push them around election time. But even if Ossoff and Warnock win next week, the evidence that popular economic policies are automatically electoral boosts for Democrats will be somewhat weak. 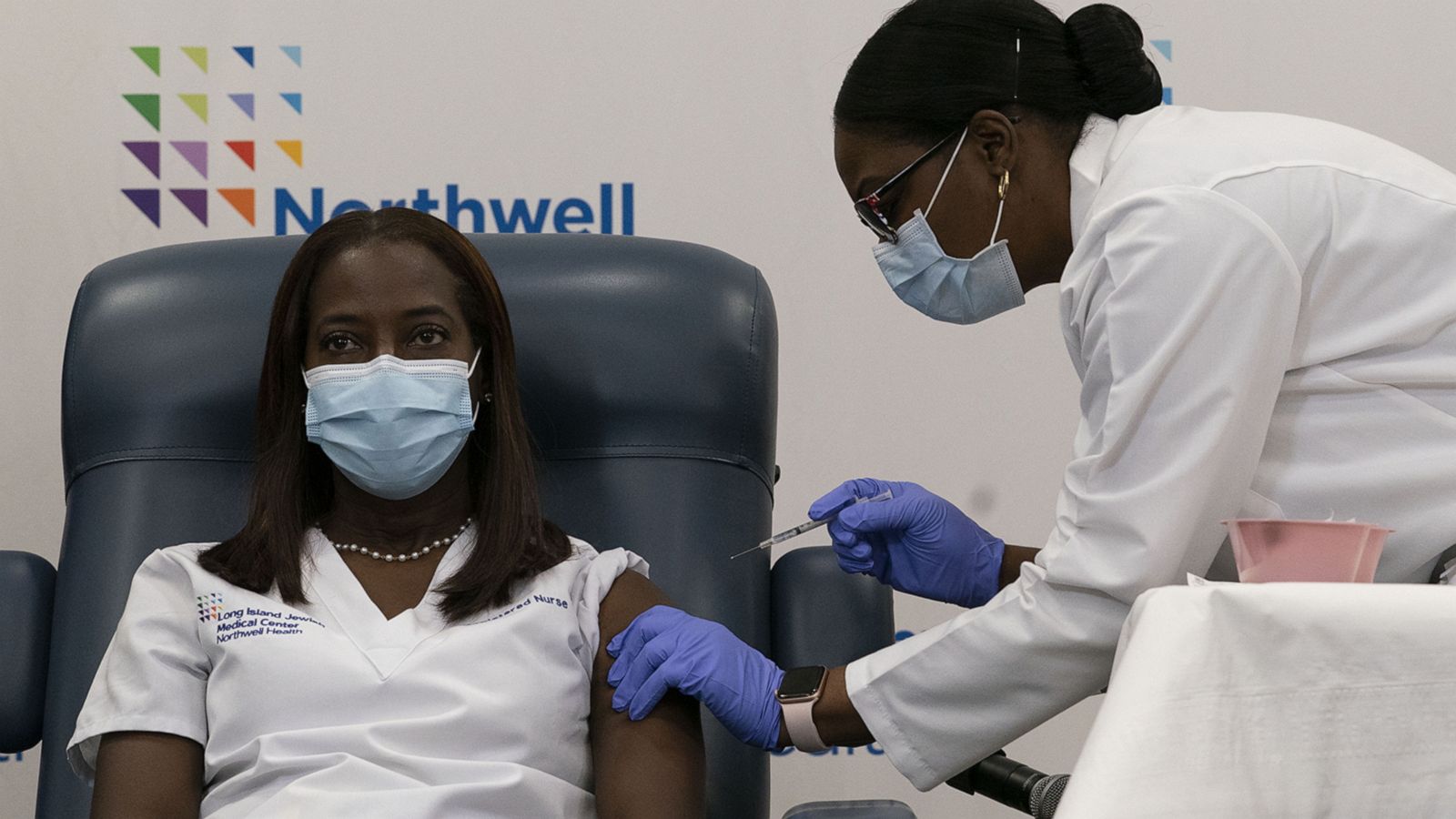 President Biden will soon sign into law a $1.9 trillion bill intended to boost the economy and help the U.S....

How White House Economists Are Thinking About COVID-19 Relief

In this episode of the FiveThirtyEight Politics podcast, host Galen Druke speaks with Heather Boushey, a member of the Council...

How Fast Is The Economy Recovering?

How Fast Is The Economy Recovering? By Julia Wolfe and Amelia Thomson-DeVeaux For nearly a year, the economy has been...

The Result of "Too Much Money": Asset Price Inflation and Inequality

That Austrians and Keynesians do not share many views on economics (or probably anything else) is obvious, so a difference...

“Infrastructure” Is Now Anything the Government Wants To Do

Lookism: An analysis on appearance based discrimination in workplace

No Result
View All Result
Your information is secure and your privacy is protected. By opting in you agree to receive emails from us and our affiliates. Remember that you can opt-out any time, we hate spam too!